THE LEAST OF MY SCARS

Like the Minotaur living in the center of his maze, waiting for humans to be sent his way - the beast devours both girls and boys - William Colton Hughes lives at the heart of an apartment complex waiting for his supply of victims.  They are sent to him by a Mob boss he has a bizarre arrangement with.  Hughes never has to leave his apartment; the Mob boss sends him people he needs eliminated.  And boy does Hughes enjoy his role as eliminator.  He's a man consumed by murderous impulse, who lives to do unmentionable things to the bodies of others, and to be fair to him, he's an equal opportunity killer.  He does men, women, boys, girls.  He has no predilection for a particular hair color or skin tone; he just needs to fulfill his inner need and fulfill it often.  Seems like, set up as he is in comfortable digs, his food and supplies provided, and with victims sent to his door, that his world should be perfect.  It's an ideal set up for man of his ilk, low risk, lots of rewards.  Except that, well, there is one catch: he has to deal with himself....
In THE LEAST OF MY SCARS, published by Broken River Books, Stephen Graham Jones takes the most played out of horror/thriller subgenres, the serial killer story, and does something startling with it. From page one, the first word, he locks you inside Colton Hughes' mind, and for the entire book you see, hear and smell only what he does.  It's an unnerving, disorienting experience, and much of the novel's brilliance lies in how through the most warped of narrators, you as reader do have enough information to more or less piece together an "objective" version of what is actually going on.  You have to work pretty hard to do this, though, and that means that as a reader you have to let this book suck you in fully.  No use fighting it.  There's no skimming.  Either you go with Colton Hughes and let him take you where he wants to take you, or you don't go with him at all, and I found that this narrative whirlpool created that wonderful effect you get from only the best dark fiction - a wholly absorbing reading experience derived from horrifying material. To my way of thinking, as a reader, mind you, almost nothing this skillfully done can not bring pleasure, no matter what the story is about. As the saying goes, real life can be depressing (and true crime shows, for example, with their blunt and repetitive portrayals of misery, cruelness, and stupidity, I find VERY depressing) but the blackest of black material artfully illuminated, no, that can't be depressing.

It's all in the telling, the language. Stephen Graham Jones has a style at once hallucinatory and clear.  Easy to read but elliptical. He's a kind of magician with language, his sentences never predictable, and the use of the present tense to give immediacy to Hughes' voice works perfectly here. It  also doesn't hurt that Billy, as the Mob boss calls him, has a certain sense of humor about him, macabre though it may be.
Coming to a book like this, you wonder how far it will go, how graphic it will get.  I have a strong enough stomach, I suppose, but you wonder what you're going to encounter.  Pleasant surprise: though the novel doesn't stint on graphic details, what stood out for me is its restraint.  Bodily mutilation, various fluids, forced cannibalism (and more!) - they're all here, but presented in a way that leaves a lot to your imagination (which of course makes things creepier).  Same with sex.  We're never allowed to forget that Hughes' homicidal drives are connected to his sexual ones, but the little we actually "see" in this area tells us everything we need to know.
Still, what most surprised me about this book is how it reads as a meditation on the idea of solitude.  William Colton Hughes (and I say this without a drop of sympathy for him) has got to be as lonely a human being as there is on the planet. That we know nothing about his past and how he came to be how he is accentuates this perception of him.  He simply is.  And because every moment that he's awake he spends thinking about himself, the world as such barely seems to exist.  Society at large appears to the reader as a fog, threatening, full of enemies and traps.  And that's where I come back to what I was saying before about how he has to deal with himself.  You'd think he'd be happy in his apartment, his taste in candy delivered to him, but only when he's killing someone or thinking of killing someone does he sound happy.  Other than that he's a walking bundle of phobias, compulsions, and worries.  A basket case in every sense.  Everything he does he has to do in a particular way (and I mean EVERY thing), and appliances, inanimate objects, have a menacing life of their own to him. Serial killer as snappy mastermind in the Hannibal Lecter mode?  Serial killer as symbolic free bird able to do what ordinary humans want to do but can't. Forget it.  Not Billy.  This man has everything he could possibly want but inhabits a cage of his own devising.

THE LEAST OF MY SCARS is a bravura performance.

Posted by scott adlerberg at 8:19 PM No comments:

The Little Boy Inside and Other Stories


You pick up a book and read the cover and see that So and So, a practicing doctor, has written a medical thriller.  Ex-cop Whoever has released the third in his series about a particular group of police officers. Former prosecutor MC (let's stick to initials) has written her latest legal thriller. Write what you know, draw from experience...all that.  Yes, but what about the writer who uses his area of expertise to craft stories intimately linked to his field but not in a way any reader would expect?  The writer's specialized knowledge is merely a springboard for a weirder type of fiction.  Imagination is king, grounded by the specialized knowledge.  It's a fertile mix in the right hands, and it's what you get when you read the stories in Glenn Gray's brilliant collection THE LITTLE BOY INSIDE AND OTHER STORIES.

Gray is a practicing physician.  He does write about doctors and patients and the body.  But in his world, the body is entirely unpredictable, and that wonderful and terrible unpredictability is the main feature of these stories.  We get bodybuilders obsessed with pumping up for muscleman contests, pushing too hard to "perfect" themselves.  We get a medical intern doing his training, encountering a series of patients who produce fluids, smells, and sounds that test even his resolve. We get physical transformations occurring to people, often doctors, and how the recipients of these changes deal with them. I don't want to give away too many details because that would spoil the fun, but suffice it to say that a lot of these changes are both horrifying and funny.  I mean, hysterically funny.  While reading the book on the subway, I found myself laughing out loud quite often.  Gray's timing is impeccable, and what makes it work is his compact deadpan style.  It's a style that suits his material perfectly.  He has learned a thing or two from past masters of the fantastic, like Kafka, who know that when material is outrageous, there's no need to indulge in stylistic fireworks.  Keep the writing "simple" (how easy to say that word, how hard to achieve in writing) and let the tales themselves dazzle the reader. 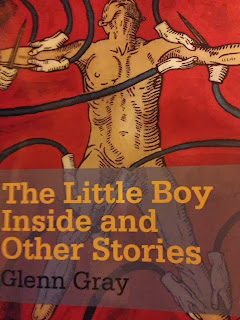 I know that a number of these stories first saw the light of day in online publications specializing in noir/pulp/crime, but virtually none of them read as genre pieces.  Gray mixes aspects of noir with horror, speculative fiction, pure fantasy, and black humor. I haven't encountered so many bodies in revolt against their "owners" since the early films of David Cronenberg. Indeed, he seems to me much more in the tradition of Kafka and Cronenberg and other creators of the dark fantastic than he does in the crime tradition. But then again, several of the stories do involve crime. Then there's the one about the intern, "Diary of a Scutmonkey", which essentially, for all its grotesque doings, is realistic.

See what I mean?  You can't put these stories in any one literary niche.  Because they don't hew to familiar tropes, they defy easy categorization, and for my money, that's exciting.  Exciting and all too rare. Gray's stories provoke laughter, amazement, disgust, sadness, delight.  They're suspenseful. So if you like to explore when you read, if you like to be kept off balance, if you enjoy the feeling of cringing one moment, laughing the next, and shuddering with apprehension the next, these stories are for you.

I can't wait to see what Glenn Gray will dream up and write next.

Posted by scott adlerberg at 2:06 AM No comments:

What happens when a gangster facing certain death doesn't seem to care that he'll be killed? He's not suicidal, he doesn't want to die; he just seems indifferent to death in a Zen-like way.  Terence Stamp plays such a man in Stephen Frears' THE HIT, a Brit crime film that's terminally underrated.  It's a marvelous film with intriguing characters played by Stamp, Tim Roth, and John Hurt, and I couldn't resist writing about it for my Brit gangster film series for Criminal Element.

Check the piece out here: THE HIT. 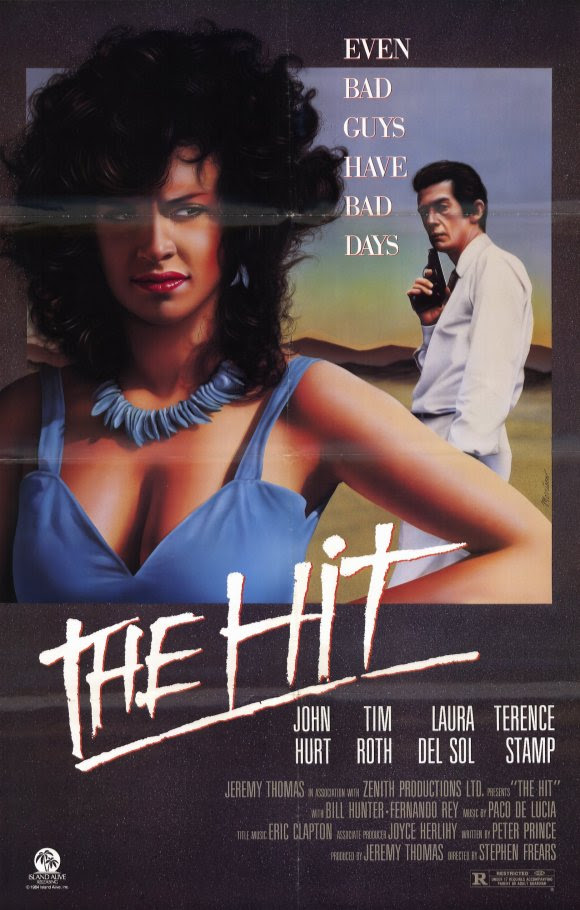 Posted by scott adlerberg at 11:54 PM No comments: