In his novel Prodigal Sons, Mike Miner captured the many complexities inherent in the dynamic among three adult brothers. In his follow up book, Hurt Hawks, Miner again explores the bonds between a band of brothers, but this time, the fraternal ties are not based on blood. Or, at least, not blood in the familial sense.  When an Afghan War veteran in Dorchester Massachusetts is killed by a local thug who collects shakedown money for the area's local gangster, an ex-soldier whose life the vet once saved calls together his old unit to find out what happened to the vet and who killed him. To say that Captain Patrick Donavan, the unit commander, has led a morally checkered life since leaving the service is an understatement, and in fact none of the members of his old four man unit has had an easy time of it in civilian life stateside. But the chance to reunite for a righteous cause, and to defend the victim's imperiled widow and son, is something that re-energizes these men and makes their lives worth living again.

Hurt Hawks calls upon a number of familiar tropes.  You have a revenge story that wouldn't be out of place in a Western - the way the young boy Andrew looks up to Donovan clearly has echoes of Shane - you have the war vets in a crime story back home trope; you have the morally compromised individual searching for something, a defining act, that will give him a measure, however small, of redemption. What makes Hurt Hawks work is the purity with which Miner tackles his subject manner.  A story doesn't have to be brand new to work if the execution clicks. And here, yes, it clicks. The writing is direct, clear, and fast. Every character in the book, major and minor, is vividly etched.  The tone is serious and morally ambiguous, the narrative compelling. You care quite a bit about what will happen to Patrick Donavan, his crew, and the widow and boy they're defending, and Miner ends things in the best way possible - by following through without false sentiment on the initial premises he laid out.

Mike Miner has a gift for creating real, complicated people on the page, characters with weight, and now that I've read two of his books, it's safe to say I'll pick up quickly whatever he turns out next.

Hurt Hawks is published by One Eye Press, by the way, which continues to put out really good novellas and short novels. 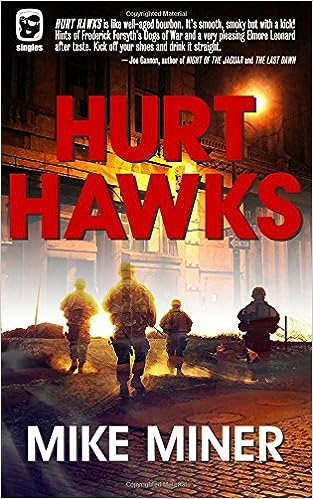 Posted by scott adlerberg at 1:53 AM No comments:

THE DEAD MOUNTAINEER'S INN by Boris and Arkady Strugatsky

Russian science fiction masters the Strugatsky Brothers (Roadside Picnic, Definitely Maybe) wrote one detective novel.  Just that one, but the book is a weird funny ride way more inventive than most mystery novels.  It's subtitled One More Last Rite for the Detective Genre, and, among other things, it is in fact a send-up of the classic locked-room, isolated country house murder mystery.  Well, it's that, and much more. I took a look at the novel over at Criminal Element. 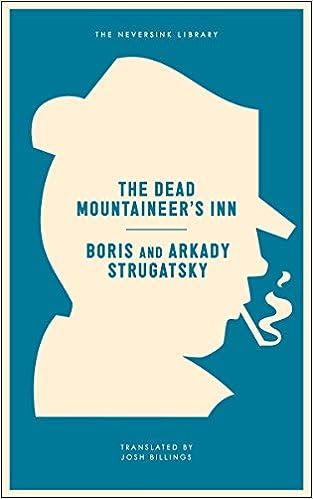 Posted by scott adlerberg at 10:51 AM No comments: