Chronicle of a Death Foretold by Gabriel Garcia Marquez

Did the great Gabriel Garcia Marquez ever write a mystery novel?  Sort off, though of course, being Marquez, he wrote a story that's rich and strange and that does some peculiar things with the mystery form.  It's his short but remarkable book Chronicle of a Death Foretold, and I wrote a piece about it, looking at it as crime fiction, for the Criminal Element website.

You can check the piece out here: Chronicle of a Death Foretold. 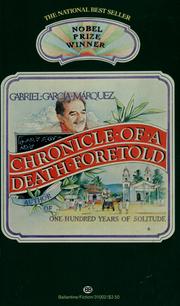 Posted by scott adlerberg at 11:45 PM No comments:

Guest Blog: Dana King on How a Character Can Evolve 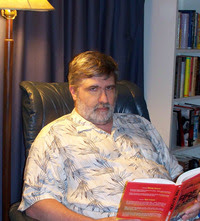 I want to start by thanking Scott for this opportunity to talk about my series protagonist, private investigator Nick Forte. Among the things Scott suggested I might write about was how Forte changes over time. This was in my wheelhouse, as he’s changed quite a bit over the course of the series. What’s interesting—to me, at least—is that it wasn’t planned.

First, it should be pointed out that, while I’m here today to promote The Stuff That Dreams Are Made Of, which is the second Forte story, there are two more on my hard drive that have been ready for several years and will be released over the coming months. He also has an important “guest starring” role in one of my Penns River novels, Grind Joint. More people know him as the badass in Grind Joint than as someone who needs intervention to be saved in his original story, A Small Sacrifice. What happened to him?

Family issues and the relationships between parents and children are a common thread in all the Forte books. A divorced father who adores his daughter, Forte believes he can never be as good a father as one who lives at home. This makes him prone to transferring his protective nature to some of his clients, who tend to have a great deal of violence done to them, physical and otherwise, often with few, if any, consequences. This is a problem for Forte, who finds himself much more willing to meet violence with violence as the series progresses, until he eventually crosses the line into what I think of as prophylactic violence, violence as a preventive measure. 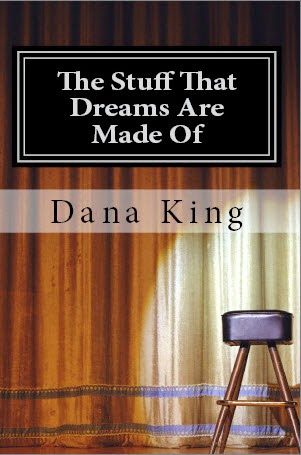 This was never the plan—I always thought of Forte as an Everyman with skills—even after the first four books were written. Then, preparing for his role in Grind Joint, I looked back and saw how he had become darker and less bothered by violence, both done to him and by him. This presented some delicious options to ponder. For instance, in Forte’s books, he has his own version of Spenser’s Hawk, named Goose, to fill what has been called by many as the “psycho sidekick” role. (I don’t think of Goose—or Hawk—as psychos, but that’s the term, and I can live with it. Mouse and Bubba Rogowski, now those are psychos.) Given Forte’s evolution—or devolution, depending on your point of view—the hero of the Nick Forte series is able to serve as the psycho sidekick when he travels to Penns River for Grind Joint, taking the case places his cousin, the cop, can’t or won’t go.

This change also allows the character to have more layers in the upcoming fifth Forte story, tentatively titled Bad Samaritan, where Goose is more engaged in reining in Forte than the other way around. The series will have flipped from a hero with a violent sidekick to a violent hero with the same sidekick trying to act as a governor. It’s Goose who remains the constant.

Looking back, I see now that The Stuff That Dreams Are Made Of is a turning point for Forte. He’s still somewhat reactive at this point, trying to fill the role of Hippocratic detective by doing no harm, and learns that sometimes doing less can be more harmful than doing more. This will stay with him and color many of his future decisions, not always for the better.


The Stuff That Dreams Are Made Of is available now at AMAZON.

Dana King’s new release, The Stuff That Dreams Are Made Of, follows the Shamus-nominated A Small Sacrifice, featuring Chicago private investigator Nick Forte. He also writes a series of police procedurals set in the economically depressed Western Pennsylvania town of Penns River. Classically trained, he has worked as a free-lance musician, public school teacher, computer network engineer, software sales consultant, and systems administrator. He lives in Maryland with his wife, Corky, and daughter, Rachel.

Posted by scott adlerberg at 9:56 AM No comments: