And what about Mexican crime fiction?  I'm starting to read more crime novels set in Latin America, and one I read recently that stands out is The Mongolian Conspiracy, by Rafael Bernal. It's set in Mexico City, and even though it was written in 1969 and takes place during the height of the Cold War, its view of Mexican politics remains as relevant as ever.  It's also mordantly funny. A great read overall.

I wrote a piece about it for Criminal Element, which is right here: The Mongolian Conspiracy. Posted by scott adlerberg at 11:44 PM No comments:

Brothers on the Road

When a writer really knows his characters and their world, when he knows his people and their milieu inside and out, a novel can’t help but be a strong one.  Assuming the writer has talent and craft.  Mike Miner has both, and in Prodigal Sons he has put his skill, experience, and imagination to use to write a calm, nuanced book about a family in crisis. 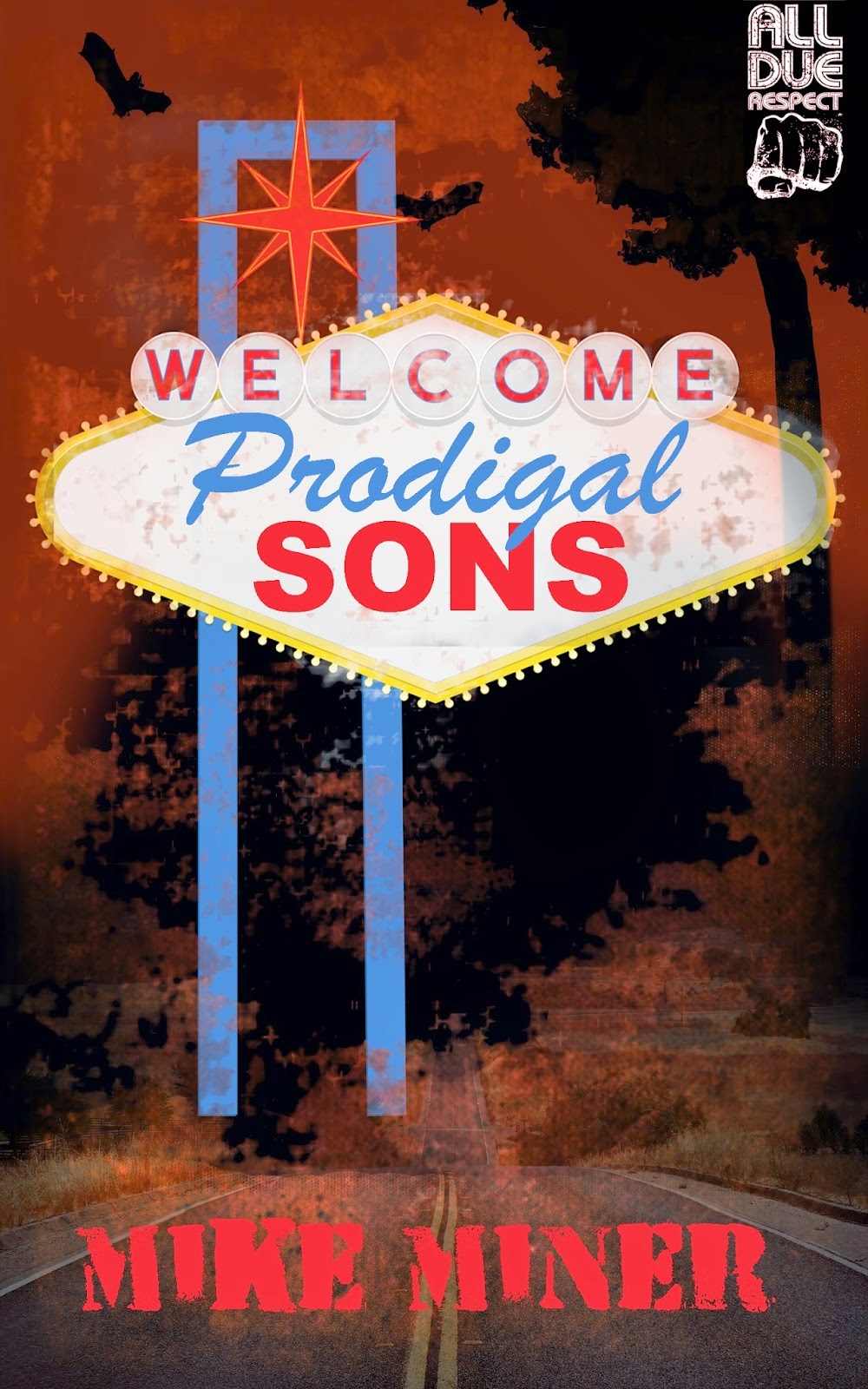 The book centers around the Flanagans, from Connecticut.  There are three brothers, Matthew, Mark, and Luke, and their parents.   Matthew, the oldest and the wild child of the family, has moved to Los Angeles.  Mark works in the family store.   Luke, the youngest, lives in Boston where he battles with mental illness.  In L.A., Matthew writes scripts, makes a lot of money working on commercials, and has a beautiful, loving wife and a large home.  Everything should be ideal for him. He has ostensibly made it.   Except that he drinks too much. Way way too much.  When his wife leaves him and his boss places him on leave from his job, Matthew responds by taking to the road and going on an epic bender, accompanied by a teenage girl he has met named Tomiko.  (Their relationship is sweetly conveyed and not a sexual one).  Where else do you go when you want to cut loose and immerse yourself in debauchery?  Las Vegas.  Matthew and Tomiko drive there from Los Angeles, while back in Connecticut, the Flanagan family meets to decide what to do about Matthew.  He’s gone missing from his LA house, and nobody knows where he is.  When Mark and Luke agree to go out west to find him, everything is set in motion, and you wonder what Mark and Luke will do if and when they get to their brother.  Will they give him a few brotherly punches in the mouth, tie him up and drag him to rehab, bring him back home?

Prodigal Sons is a fluid, fast-moving read about excess, the lure of darkness, family ties, and the difficulty of grappling with the question of stability.  Matthew is the unfettered one and has brought chaos upon himself.  Mark is the family straight arrow, but he sometimes wonders what life is like on the other side, where Matthew is.  Luke doesn’t need an intoxicant to get out of himself; with him, the chaos and the demons are within, always about to swallow him.  Miner gets deep inside the head of each brother and renders the cares and concerns of the Flanagan parents wonderfully.  This is a very real family, parents and siblings who love each other, irritate each other, grouse a lot, joke among themselves, carry resentments, have both happy and sad memories of one another – in a word, complex.  Matthew drinks too much, but there is no moralizing in this book (a great thing), and it’s clear that everyone in the family, when the need arises, likes to pop open a beer and chug one or two.  Miner has a sharp observant eye for the physical world as well; the book contains some lovely descriptions of snowy Connecticut and the flat dusty land abutting the roads in Nevada and Utah.  With the possible exception of a plot development at the very end, nothing in this book feels strained or forced.  It unfolds with ease. Again, I think it’s a testament to a writer working in full command of his material, and because of that command, I found Prodigal Sons an engaging read, start to finish.
Posted by scott adlerberg at 11:18 AM No comments: