An ex-Socialist turns armed robber in late 1990's Britain.  That's the premise behind director Antonia Bird's FACE, an underrated gem of a heist film from 1997.  My piece about it for CRIMINAL ELEMENT you can check out here: FACE 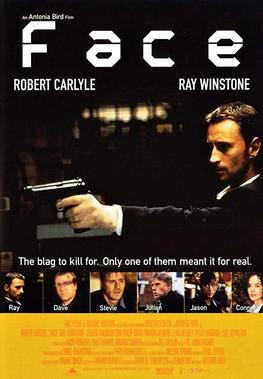 Posted by scott adlerberg at 12:03 AM No comments:

It's been just over a year now since SPIDERS AND FLIES came out, so I thought I'd take a moment to look back at that year, at least as far as the strange phenomena of Amazon reviews is concerned.  I wasn't sure what to expect in reaction to a first novel, and the 22 reviews I've gotten (a few by friends, of course) have told a tale indicative of.....something.

Naturally I have a favorite review of all the ones that have been posted.  It's from Les Edgerton, a terrific and versatile author (and a master of the crime novel), and I'd like to share it.


5.0 out of 5 stars Intelligent noir October 23, 2013
By Les Edgerton
Format:Kindle Edition|Amazon Verified Purchase
The whole time I sat reading Scott Adlerberg’s novel SPIDERS AND FLIES, I kept thinking of the movie ANGEL HEART starring Mickey Rourke. And couldn’t figure out why at first. The stories aren’t similar, other than both contain supernatural elements, but the movie was set mostly in New Orleans and a bit in New York City, whereas Adlerberg’s novel takes place mostly in Martinique. And then it struck me. It physically and emotionally felt the same in both experiences—both forms cast a spell with atmospheric and nightmarish qualities that permeated my senses. Close to what Jung meant when he spoke of the realm of the subconscious being where truth resides. Adlerberg uses language in the best way—to create a film in the mind.

If you took the plot and outlined it, it probably wouldn’t make much sense. It certainly isn’t realistic or a portrayal of life from any “real” world. This isn’t the kind of noir that features meth addicts slashing and gashing their way through a redneck environment. This is noir of the highest order—the darkness of the soul and the nightmare we all seek to avoid but always know is there.

I think that’s why I kept thinking of ANGEL HEART. This was the first and perhaps only film I’ve ever seen that portrayed New Orleans accurately, with its dark undercurrents of savagery and primitivism. Unlike those horrid films like THE BIG EASY which were laughable and from which many native New Orleanians walked out of its showing in NOLA, either laughing or shaking their fists at the portrayal of a city that movie misinterpreted entirely. ANGEL HEART got New Orleans spot on and SPIDERS AND FLIES gets noir spot on. Certain of Faulkner’s novels do the same. Where this novel’s beauty lies is in the author’s tremendous skill in using language to beguile and bewitch and herd us into that place many writers try to take us to—the fictive dream. And, that’s exactly what Adlerberg has created—a dream that you enter into. This is not a reading experience a Grisham fan would probably enjoy. It is a novel a Genet fan would appreciate.

If this gets made into a movie, I’d look for a younger version of Mickey Rourke to play the lead. It’s perfect for the Rourke of ANGEL HEART or KILLSHOT. Directed by Hector Babenco, with the same kind of chops he brought to THE KISS OF THE SPIDER WOMAN.

Try to read this novel when you can experience it straight through. Put the DO NOT DISTURB sign on your door…

Thank you!  I really appreciate the kind words.
Posted by scott adlerberg at 11:30 PM No comments: